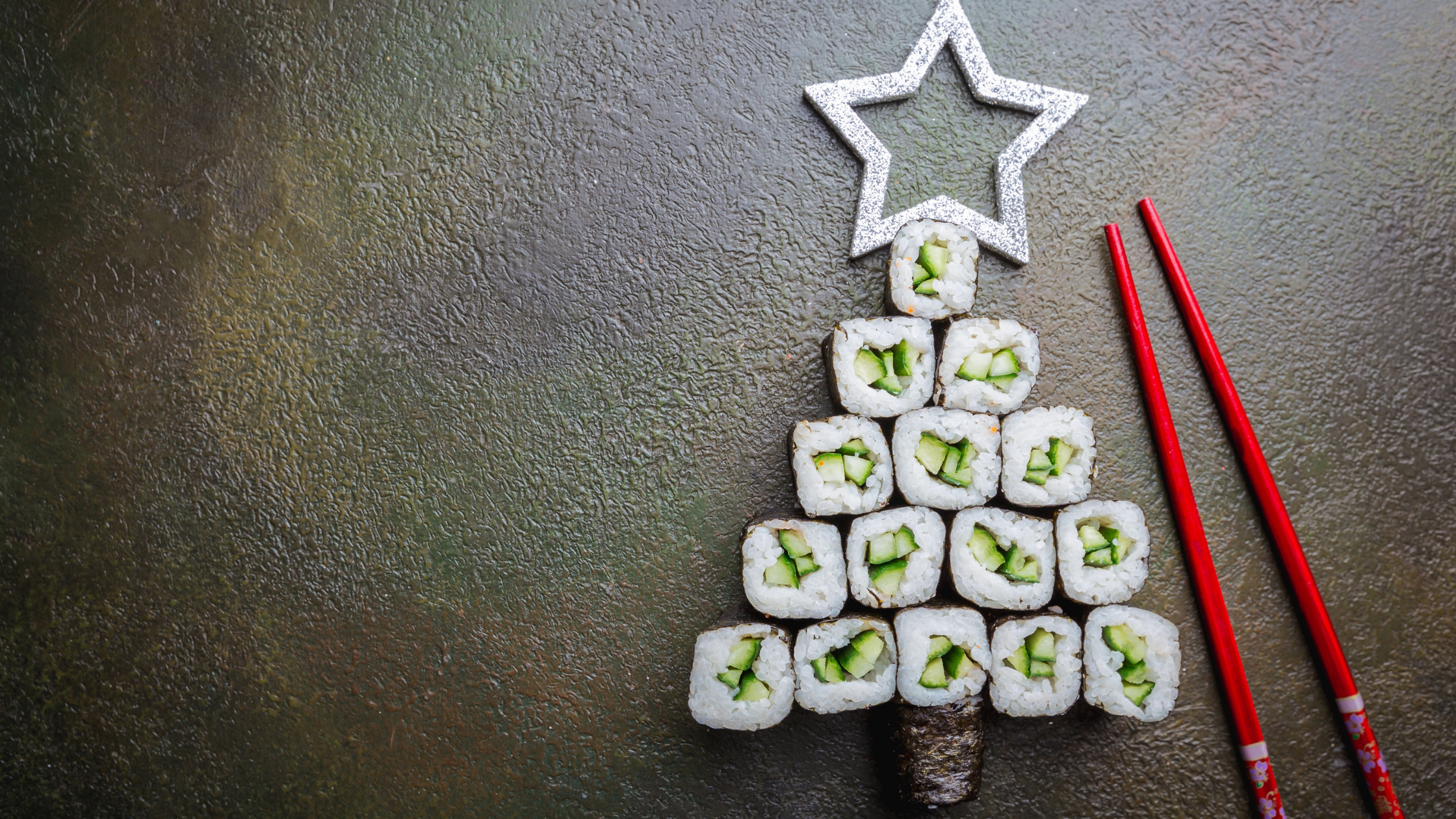 At this year’s Christmas party, my 92-year-old grandfather in law said: “When foreigners eat sushi, it really is peace, isn’t it.” Well, actually he said: 「外国人が寿司を食べる時、本当に平和だね。

(Our family eats sushi in our Christmas spread, and the traditional KFC, Japanese Christmas cake as well as mash potatoes, turkey, and pizza. [We have a large extended international family, and everybody brings something they want to eat, potluck style, and all benefit deliciously.])

This was contemplating on how to work in a nap (I have a newborn.) without being rude when Ji-Chan (Japanese for Grandpa), who only says something when it needs saying, made the aforementioned comment. Three things happened at once.

First, I was thrilled that I understood his entire sentence in Japanese.

Second, I was thrilled that I understood despite Ji-chan’s voice. (I wonder what my vocal cords will sound like in almost a century.)

And thirdly, my philosophical loving mind pricked up at the prospects of a delicious thought morsel that most likely needed to be added to my Philosophical Art Collection, so I asked him what he meant.

He has been observing the newest addition to the family, my sister-in-law’s husband, who happens to be American, arrive at the party. Still dressed in his cammies from work, my brother-in-law courteously took off his combat boots at the door, strolled over to the feast, and promptly picked up some chopsticks to dish himself out a sushi assortment.

However, Ji-chan, who has seen Okinawa under Japanese rule, seen World War 2, seen Okinawa when it was an American territory, seen Okinawa become a part of Japan again, most definitely saw something in this masticating act.

I am translating, and it is not exact, but he explained along the lines of “60 years ago, Americans wouldn’t even try sushi. They physically couldn’t eat it. It would make them gag. Now, they eat it. They like it. Japanese culture has been spread and shared. This means there truly is peace now.”

I have been inspired by Ji-chan’s words and my new found love of Instagram! Shameless Plug: Check out Right Rice Paddy on Instagram!

With the incredible sharing power of the internet, I would like to show Ji-chan just how much peace there truly is, but I need help. Please take a picture of yourself eating sushi and tag it as #sushipeace and tag me @kendra_migita on Instagram. I will present Ji-chan with the photos for Christmas. I think that it will bring him joy.

Peace and Joy for Christmas. How perfect.

Will you please help me out? Eat sushi. Share peace. #sushipeace

Thrift shops are fabulous for a plethora of reasons: the frugality, the eco-friendly nature, the unique pieces to be found within a […]

A doctor’s critical thinking on COVID-19 in Okinawa.